Red Branch Day and Employment Services program are continuing remote and virtual services. We will begin in person services again when COVID-19 cases have decreased substantially. Administrative staff are available via phone or email if you need assistance.

The Linwood Boutique was completely destroyed in the 1 in 1000 Year Flood in July 2016. As a result, we will be reopening the store this spring in a new location in Ellicott City—3709 Old Columbia Pike. Stay tuned for more details about the reopening!

In the meantime, we are accepting high-quality new or gently-used donations such as clothing or furniture for future restocking. To ensure that your items are appropriate for the Boutique, please click here or contact Denitra Conway at d.conway@linwoodcenter.org or (410) 884-6559.

Depending on the item, you may also schedule a pick-up by contacting Denitra Conway at d.conway@linwoodcenter.org or (410) 884-6559.

We are pleased to share our 2016 Annual Report. We had many great accomplishments in 2016, and we’re excited to see what 2017 holds for Linwood Center and the wonderful individuals we support. Check out the report below! 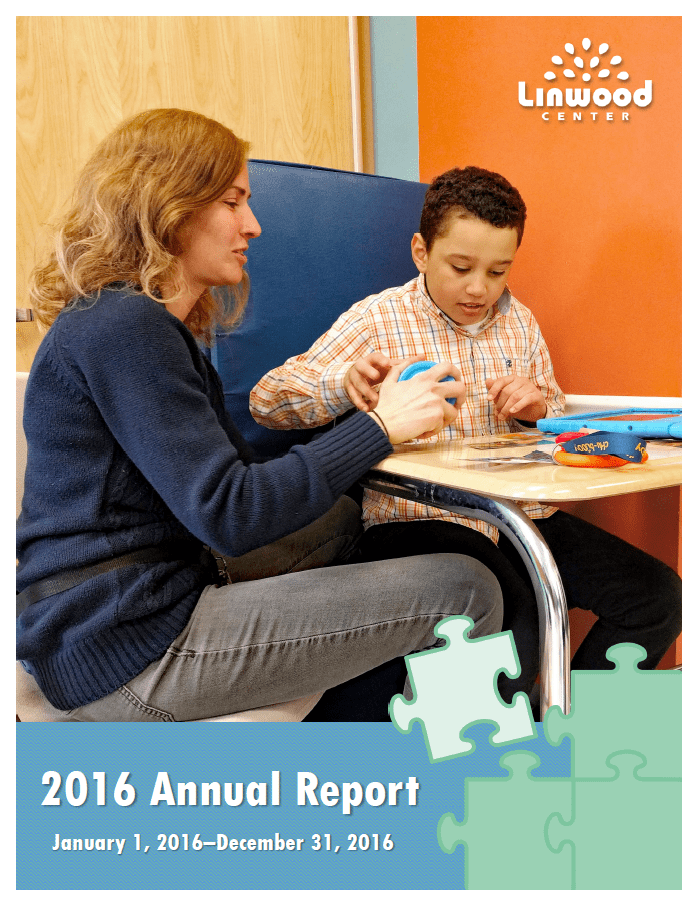 Linwood is excited to be partnering with Picaboo this holiday season to provide our families and supporters with custom holiday cards to send to your loved ones! You will be able to customize the cards with your family photos while supporting and sharing our mission. 50% of your purchase will go directly to Linwood!

To purchase your holiday cards, click here and choose between the single photo card or the collage card. If you have any questions or need help designing your card, Picaboo Customer Care is happy to help.

Sometimes it takes a tragedy to remind us of what we have and how we got here. As we work on restoring the Linwood Boutique, we’ve been amazed by the outpouring of support from our community and reminded of everyone who helped us get where we are today. And no one stands out in our memory more than the late Edgar G. Shilling Sr.

Ed was the former Chief Deputy of the Howard County Department of Fire and Rescue Services and a member of Linwood’s Board of Directors for six years in the mid-2000s. He devoted countless hours of his time to Linwood—advocating for the individuals we support, holding fire safety trainings for staff, and leading the efforts to open our very first store providing employment and training opportunities for individuals with autism: Good Deals Great Stuff.

Ed passed away in 2008, just a few months before the official opening of Good Deals Great Stuff. While we wish he could have been there to celebrate with us, we were proud to dedicate the store to him. Eight years later, our store has a new name and a new location, but the core values and purpose remain the same. Ed’s leadership and dedication has helped employ and train scores of individuals in our community living with autism. 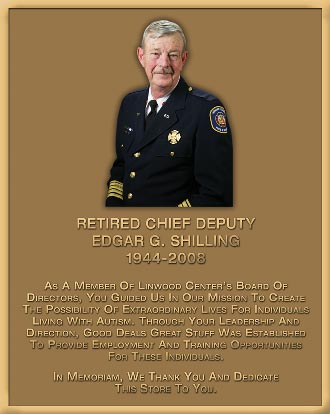 In  the aftermath of the 1 in 1000 Year Flood this past July, the Linwood Boutique was destroyed. However, amongst the rubble, buried under the wallboard, was the original plaque dedicated to Ed in 2008. Except for some mud, it is like new. A small miracle after such a devastating event. After some light cleaning, we can’t wait to hang Ed’s plaque back up when the Boutique reopens.

We are so glad that Ed’s legacy has lived on through Linwood’s work and through everyone he knew and loved. Ed’s children have followed in their dad’s footsteps and work with the Howard County Department of Fire and Rescue Services. Ed Jr. and his wife Jenny, along with his brother Jeff, spent the weeks following the flood assisting with cleanup on Main Street and the surrounding areas. They, along with Ed Sr.’s wife Jane, are thrilled at the small miracle of “Pop’s Plaque” surviving the flood and being brought back soon to honor his memory at the new Linwood Boutique.